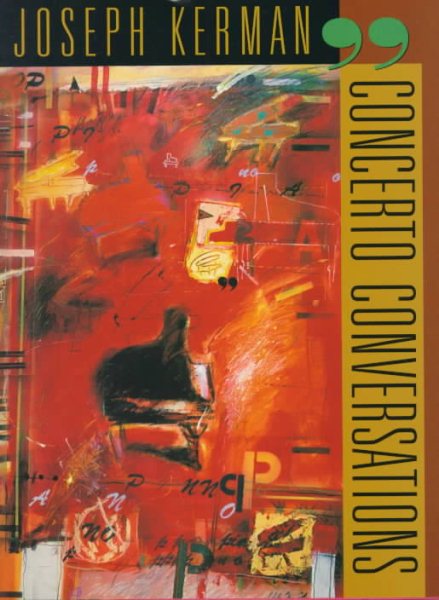 The concerto has attracted relatively little attention as a genre, Joseph Kerman observes, and his u... Read More
The concerto has attracted relatively little attention as a genre, Joseph Kerman observes, and his urbane and wide-ranging Norton Lectures fill the gap in a way that will delight all music listeners. Kerman addresses the full range of the concerto repertory, treating both the general and the particular. His perceptive commentary on individual works--with illustrative performances on the accompanying CD--is alive with enthusiasm, intimations, and insights into the spirit of concerto.Concertos model human relationships, according to Kerman, and his description of the conversation between solo instrument and orchestra brings this observation vividly to life. What does the solo instrument do when it first enters in a concerto? How do composers balance claims of solo-orchestra contrast and solo virtuosity? When do they deploy the sumptuous musical textures that only concertos can provide? Kerman's unexpected answers offer a new understanding of the concerto and a stimulus to enhanced listening.In language that the Boston Globe's Richard Dyer calls "always delightfully vivid," Kerman conducts readers and listeners into the conversations that concertos so eloquently enact. Amid the musical forces at play, he renews the dialogue of music lovers with the language of the concerto--the familiar, the lesser-known, the cherished, and the undervalued. The CD packaged with the book contains movements from works that Kerman treats most intensively--by Bach, Mozart, Beethoven, Liszt, Tchaikovsky, Bartók, Stravinsky, and Prokofiev. Read Less