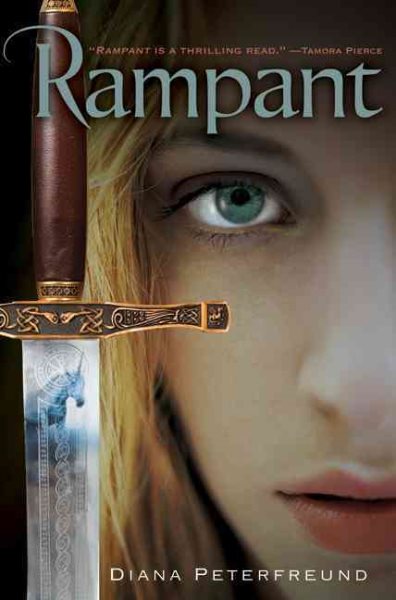 Sixteen-year-old Astrid Llewelyn learns that she must travel to Rome, Italy, to train in the ancient arts in order to carry on her family legacy and save the world from the threat posed by the reemergence of lethal unicorns. Read More
Forget everything you ever knew about unicorns. The fluffy, sparkly, friendly &apos;horses&apos; so popular the world over don&apos;t exist. Real unicorns are killers.Beasts the size of elephants, with cloven hooves that shake the earth, hides impervious to bullets, and horns that contain a deadly poison, unicorns can outrun a sports car and smell a human from a mile away.And they can only be killed by virgin warriors descended from Alexander the Great. Sixteen-year-old Astrid Llewelyn has grown up with her mom Lilith&apos;s tall tales about unicorns and their exalted family heritage, but figures her mom&apos;s crazy. But the scary stories her mom told her about the monsters in her formative years left her with a firm phobia about unicorns, even the cutesy kind popular with young girls.But when one of the monsters attacks her boyfriend in the woods&apos;thereby ruining any chance of him taking her to prom&apos;Astrid finds herself headed to Rome to train as a unicorn hunter.&apos;As swift and sure-footed as a killer unicorn, Rampant weaves a vibrant new mythology from venerable threads.&apos;&apos;Scott Westerfeld, bestselling author of the Uglies series Read Less

For Darkness Shows the Stars

For Darkness Shows the Stars