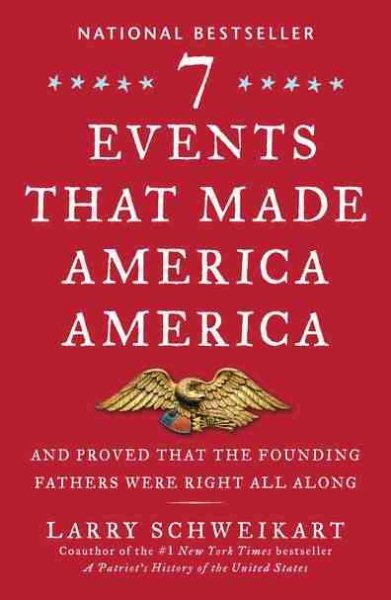 Reveals seven lesser-known events that have significantly influenced America's development, from Martin Van Buren's creation of a national political party to Eisenhower's heart attack that prompted federal dietary recommendations. Read More
The bestselling coauthor of A Patriot’s History of the United States examines some of the pivotal—yet mostly ignored—moments that shaped our history. Every schoolchild is taught the great turning points in American history, such as Gettysburg, Pearl Harbor, and 9/11. But other equally significant events have altered our destiny without being understood—or even widely noticed.Acclaimed conservative historian Larry Schweikart now takes an in-depth look at seven such episodes—from Martin Van Buren’s creation of the first national political party to Dwight D. Eisenhower’s heart attack—and reveals the profound ways they have shaped America. He also asks readers to consider what the Founding Fathers would have said about these events and reminds us how individual liberty, private enterprise, and small government have made our country great. Read Less

Goodreads reviews for Seven Events That Made America America: And Proved That the Founding Fathers Were Right All Along

What Would the Founders Say?: A Patriot's Answers to America...

America's Victories: Why the U.S. Wins Wars and Will Win the...