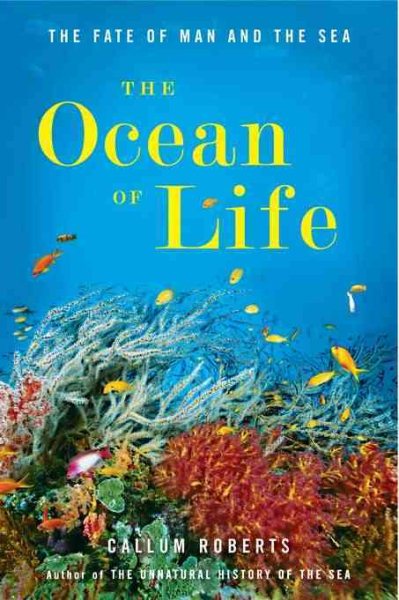 Traces the human race's relationship to the ocean, identifying the consequences of modern fishing, pollution, and climate change on marine life while making urgent recommendations for reversing damage. Read More
A Silent Spring for oceans, written by "the Rachel Carson of the fish world" (The New York Times)Who can forget the sense of wonder with which they discovered the creatures of the deep? In this vibrant hymn to the sea, Callum Roberts—one of the world’s foremost conservation biologists—leads readers on a fascinating tour of mankind’s relationship to the sea, from the earliest traces of water on earth to the oceans as we know them today. In the process, Roberts looks at how the taming of the oceans has shaped human civilization and affected marine life.We have always been fish eaters, from the dawn of civilization, but in the last twenty years we have transformed the oceans beyond recognition. Putting our exploitation of the seas into historical context, Roberts offers a devastating account of the impact of modern fishing techniques, pollution, and climate change, and reveals what it would take to steer the right course while there is still time. Like Four Fish and The Omnivore’s Dilemma, The Ocean of Life takes a long view to tell a story in which each one of us has a role to play. Read Less

Goodreads reviews for The Ocean of Life: The Fate of Man and the Sea

Note to Self: The Discipline of Preaching to Yourself