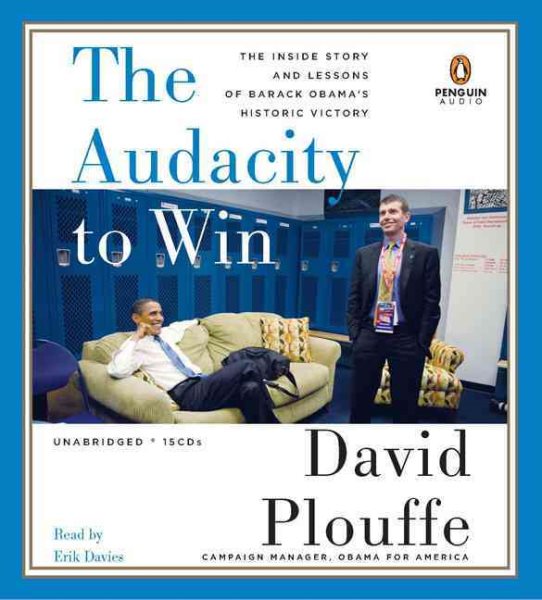 Unabridged CDs ? 9 CDs, 11 hours The story of the most important political campaign in modern times, by the man who went through it side by side with President Obama. Read More
The 44th president's campaign manager reveals the strategies that he credits with Obama's successful primary and general elections, explaining how a combination of technology and grassroots organization is revolutionizing politics. Simultaneous. Read Less

Goodreads reviews for The Audacity to Win: The Inside Story and Lessons of Barack Obama's Historic Victory

The Audacity to Win: The Inside Story and Lessons of Barack...

The Audacity to Win: How Obama Won and How We Can Beat the P...