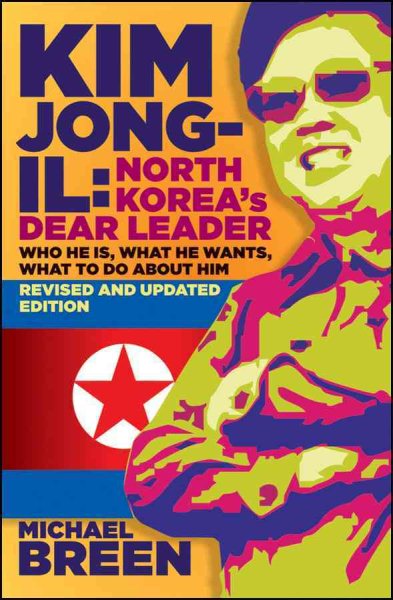 Explains North Korean history, how the dictator came to power, and what life is like for North Koreans under his regime. Read More
An expert on North Korea sheds new light on the enigmatic tyrant From his goose-stepping military parades to his clownish macho swagger, North Korea's Kim Jong-il is an odd amalgam of political cartoon and global menace. In charge of a nuclear arsenal he's threatened to use against the U.S. and Japan, the man, his motives, and the mechanisms of his absolute control over a country of twenty-three million people remains shrouded in mystery. In this second edition of his bestselling Kim Jong-il, Michael Breen, a leading expert on North Korea, dispels common myths and fallacies about the so-called "Dear Leader," while turning a spotlight on the man to reveal his true nature and the nature of his hold over a country ravaged by poverty and famine. Looks at Kim from a broad perspective, unlike most other books that cater exclusively to those interested in policymaking and international relations Features new information about succession plans, as well as the latest scoop on the mounting pressure among world leaders to thwart North Korea's nuclear ambitions Illustrated with rare photographs of Kim and his regime Highly accessible and suitable for anyone interested in learning more about North Korea, it's government, and its leader, Kim Jong-il unravels the mysteries, the myths, and the fallacies about the man in charge in ways that will entice even the harshest critics. Read Less

Goodreads reviews for Kim Jong-Il, North Korea's Dear Leader: Who He is, What He Wants, What to Do About Him, Revised & Updated Edition

The Koreans: America's Troubled Relations with North and Sou...