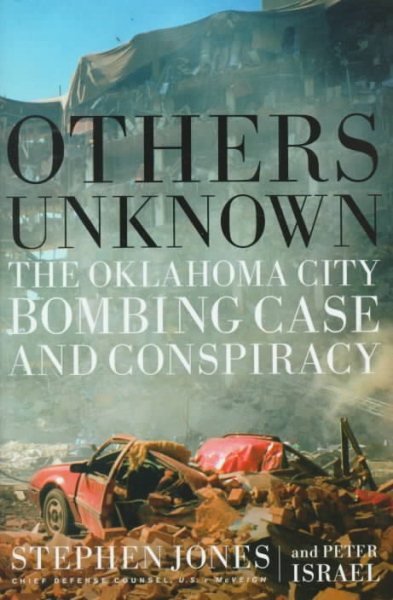 Argues that McVeigh did not get a fair trial, and that the bombing could not have been done by two men on their own Read More
Jones, chief defense counsel during the trial against Timothy McVeigh, convicted of the Oklahoma City bombing, reveals evidence that the bombing could not have been the work of only two men, that the US government had prior knowledge about the attack, that foreign connections were involved, and that the US government worked to prevent the whole story from emerging. Annotation c. by Book News, Inc., Portland, Or. Read Less

Goodreads reviews for Others Unknown : The Oklahoma City Bombing Conspiracy