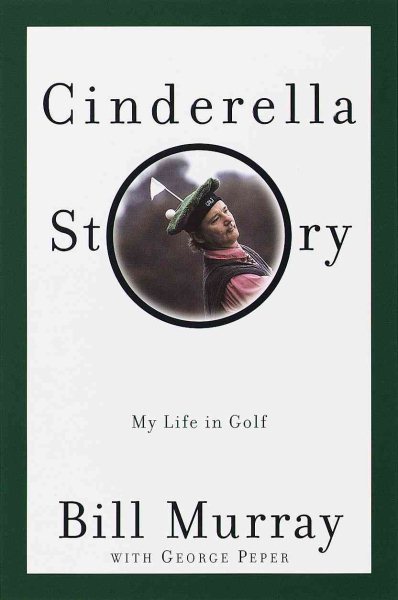 The actor and comedian describes his love affair with golf as it reflects his odyssey from a youthful caddy on a public golf course to a world-renowned entertainer and participant in celebrity pro-am golf tournaments Read More
With his creation, groundskeeper Carl Spackler, and the success of the film Caddyshack firmly etched into the American consciousness, Bill Murray and golf have become synonymous. Now Bill tells the hilarious tale behind the tale. The love of the game was with Bill long before Carl uttered the now famous words, "Cinderella story outta nowhere. Former greenskeeper and now about to become the Masters champion." Born and raised in Wilmette, Illinois, Bill felt the lure of the links at a tender age. Following his older brothers Ed and Brian into the rarified world of private country club golf as a caddy, Bill learned life lessons at the caddyshack. Bill's escapades on the Pro-Am golf circuit, at Augusta National, and as a fan at the Masters, the U.S. Open, and the Western Open make for an irresistible read.Filled with the kind of deadpan and dead-on hilarity that only Bill Murray could create, Cinderella Story is an up-by-the-bootstraps chronicle of a man, his muse, and his critical examination of our society's fascination with a little white ball. Read Less

Goodreads reviews for Cinderella Story: My Life in Golf

Cinderella Story: My Life in Golf