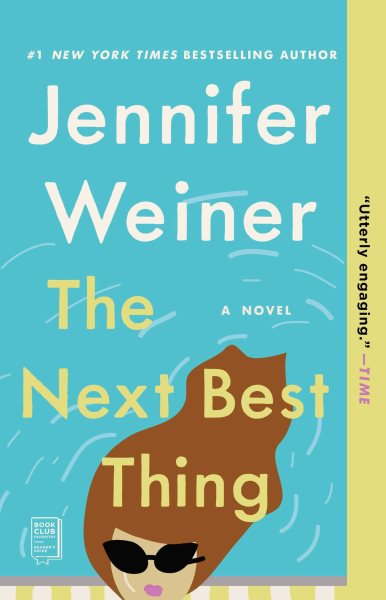 Believing she is realizing her dreams when her sitcom is bought, television writer Ruth Saunders finds her happiness threatened by demanding actors and executives as well as an unrequited crush and her grandmother's upcoming wedding. Read More
Blockbuster #1 New York Times bestselling author Jennifer Weiner returns with an irresistible story about a young woman trying to make it in Hollywood…At three years old, Ruth Saunders miraculously survives the car crash that takes her parents’ lives on the icy Massachusetts Turnpike. Her eccentric grandmother, who comes out of Florida retirement to care for young Ruth, nurtures her through years of surgeries, feeding her home-cooked meals, dispensing irreverent wisdom, and telling Ruth she’s beautiful, even though her scars will stay with her forever. After college, Ruth pursues her dream of writing to Hollywood, heading west with her grandmother in tow, hoping to make it big in the world of TV. After years of failure and a badly broken heart, Ruth gets The Call—her show has been green-lit. But Ruth’s happy ending is only the beginning, as she struggles with how television gets made: terrified (and terrifying) executives and actresses with their eyes on bigger prizes than Ruthie’s show. Add in an unrequited crush on the man who has been her mentor. Add to that her grandmother’s impending nuptials, and Ruth’s big break might just break her. A rollicking ride on the Hollywood roller coaster, The Next Best Thing is a heartfelt story about a young woman searching for her own happily-ever-after in the land where dreams come true. Read Less

Goodreads reviews for The Next Best Thing: A Novel