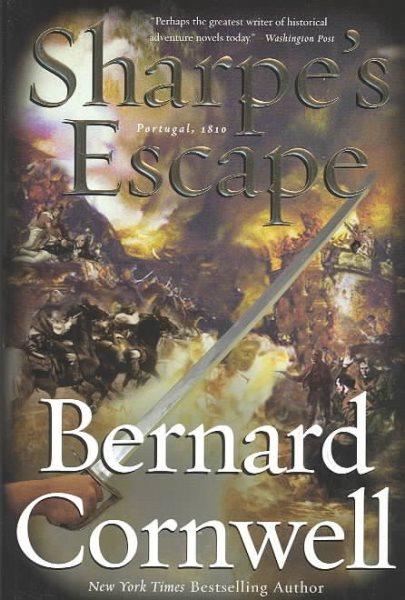 At the height of the 1810 battle of Bussaco, Captain Richard Sharpe finds himself separated from his company and lured into a trap from which he must escape in order to rejoin the conflict and stop French invaders at Lisbon. Read More
From New York Times bestselling author Bernard Cornwell, the tenth installment in the world-renowned Sharpe series, chronicling the rise of Richard Sharpe, a Private in His Majesty’s Army at the siege of Seringapatam. Sharpe’s job as Captain of the Light Company is under threat and he has made a new enemy, a Portuguese criminal known as Ferragus. Discarded by his regiment, Sharpe wages a private war against Ferragus – a war fought through the burning, pillaged streets of Coimbra, Portugal’s ancient university city.Sharpe’s Escape begins on the great, gaunt ridge of Bussaco where a joint British and Portuguese army meets the overwhelming strength of Marshall Massena’s crack troops. It finishes at Torres Vedras where the French hopes of occupying Portugal quickly die. Read Less