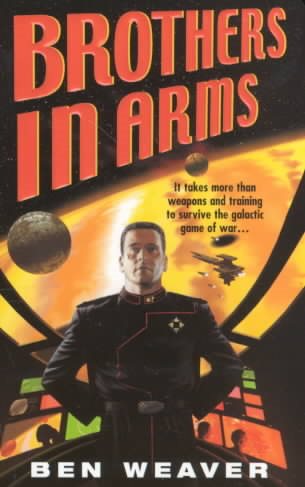 To escape his desolate home planet, colonist Scott St. Andrew joins the elite South Point military academy, where he becomes the target of ridicule and hazing by his classmates, until long-simmering colonial resentments against the Alliance erupt into open rebellion and Scott is forced to taked sides in a universe at war. Original. Read More
Scott St. Andrew is a first year cadet at South Point Academy on Exeter, a rocky moon circling a distant colony planet. All he has to do is survive the toughest, most gruelling training program in the military. Then he'll be qualified to become an officer in the Guard Corps and be on his way off his filthy, poisonous planet and into the Terran Alliance elite.But Scott's chance of being the one in a thousand to escape the colonist destiny is rapidly disappearing. His genetic flaws (scars, no memory boosting or physical enhancement) make him one of the weakest in his squad and an inevitable target for ritual hazing. And events are about to spiral completely out of his control as the long simmering resentment between the colonial worlds and the rich Terran Alliance flares into open violence and rebellion. Now every soldier has to chose his side--and survive a hellishly accelerated training to join the deep space fighting before there is nothing left to fight for. Read Less

Goodreads reviews for Brothers in Arms