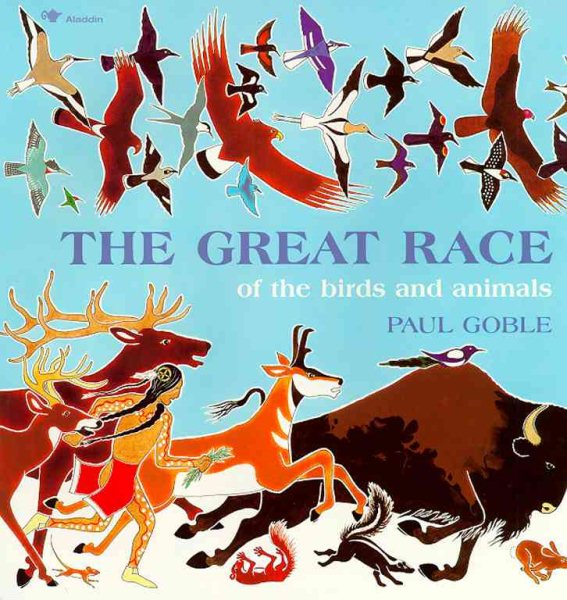 A retelling of the Cheyenne and Sioux myth about the Great Race, a contest called by the Creator to determine whether man or buffalo should have supremacy and thus become the guardians of Creation Read More
Long ago, when the world was still quite new, buffaloes used to eat people. It is true? The hair on their chins is hair of the people they use to eat...It is Terrible to think about those times... But the Creator saw the people's distress and decreed that a contest be held between all the two-legged and four-legged creatures. Who would win, thundering Buffalo or fleet-footed Man? None of the other animals was fast enough, and before the end, Beaver and Muskrat slipped off into a cool stream, Jack-rabbit hopped off across the plain, and Mole and Gopher tunneled underground (and may still think the race is on). The winner was decided long ago, in Sioux and Cheyenne legend. Buffalo -- who lost -- agreed to give up eating men for dinner, and thanks to the cunning of a single magpie, Man became the guardian of the natural world. Read Less

Goodreads reviews for The Great Race of the Birds and Animals