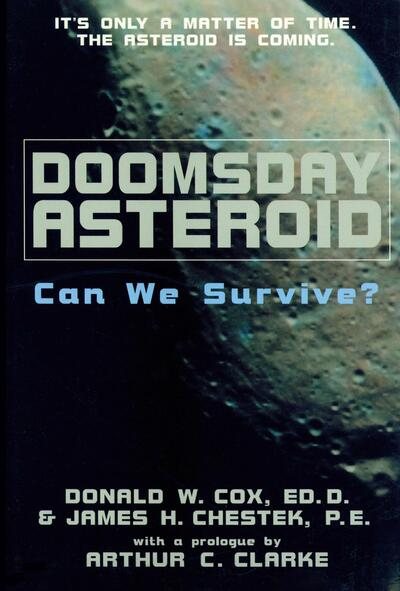 Discusses the potential consequences of Earth's collision with a giant asteroid and advocates the creation of an agency to oversee planetary safety Read More
Sixty-five million years ago, a gigantic asteroid collided with Earth. The resulting dust clouds and fire storm blotted out the sunlight, destroying much of the animal, plant, and fish life - most notably, the dinosaurs. What would happen if another giant asteroid found itself on a collision course with Earth? Doomsday Asteroid: Can We Survive? is the most comprehensive current book for general readers to address the threats and potential benefits of asteroids. Space experts Donald W. Cox and James H. Chestek explain the major differences between comets and asteroids and describe what might happen should the Earth suffer a collision with either one of them.Cox and Chestek present a view quite different from that of astronomers: In particular, they cover the Earth defense problem in more detail than any of the other popular works on asteroids and they are critical of the science/astronomical community and its approach to asteroid danger. They also call for establishment of an International Spaceguard Command to oversee planetary safety. Read Less

Goodreads reviews for Doomsday Asteroid: Can We Survive?

explorers of the deep