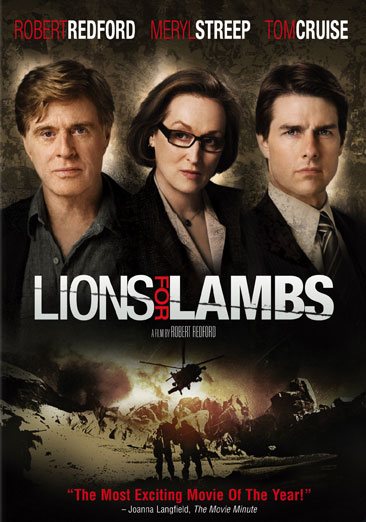 Three stories converge when a professor and an apathetic student discuss the nature of activism, a Republican senator tries to sell a journalist on the government's new miltary strategy, and two of the professor's former students fighting in Iraq find themselves trapped behind enemy lines. Read More
A powerful story about how the decision makers at the top affect American soldiers on the ground half a world away. An idealistic professor (Redford), a charismatic U.S. Senator (Cruise) and a probing TV journalist (Streep) have opposing viewpoints about the actions of our nation and the attitudes of its citizens. But the human consequences of war become chillingly clear for two of the professor's former students, who find themselves trapped behind enemy lines, fighting for freedom... and their very lives. Read Less