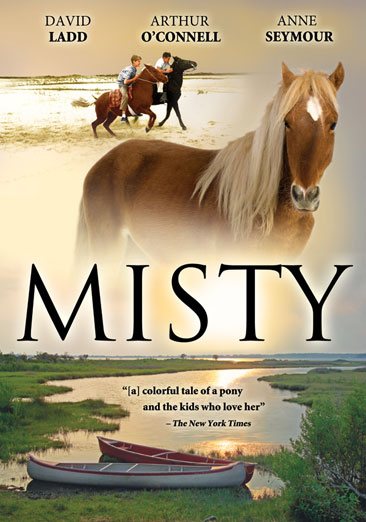 Young brother and sister Paul and Maureen Beebe are determined to buy the filly of a wild Assateague mare at the annual Pony Penning Day. Read More
"On an island off the Virginia coast lives a centuries-old band of wild ponies. Among them is the mysterious Phantom, a rarely seen mare that eludes all efforts to capture her - that is, until a young brother and sister lay eyes on her. Although Phantom would forever be a creature of the wild, her gentle, loyal colt Misty is another story altogether in this thrilling adventure that has captivated generations of boys and girls. Based on the Newberry Honor Award-Winning novel Misty of Chincoteague by Marguerite Henry." Read Less

A Dog of Flanders