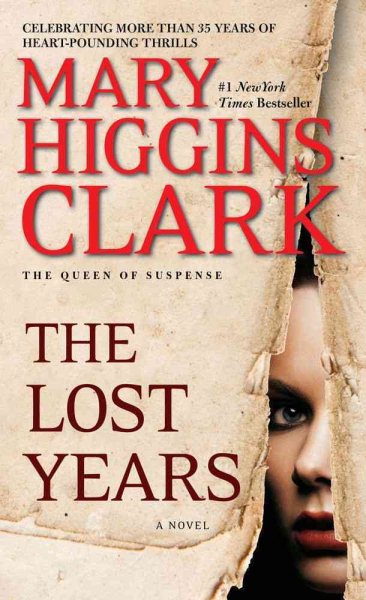 When an aging biblical scholar is fatally shot after revealing his possession of a unique parchment believed to have been written by Jesus, Father Aiden O'Brien investigates the victim's suspicions that a close friend was responsible. Read More
Now in mass market, the latest suspense from #1 New York Times bestselling author and Queen of Suspense Mary Higgins Clark, where a biblical scholar is found murdered shortly after discovering the most revered and holy document in human history, which has now gone missing...Dr. Jonathan Lyons, a seventy-year-old biblical scholar, believes he has found the rarest of parchments—a letter that may have been written by Jesus Christ. Stolen from the Vatican library in the fifteenth century, it was assumed to be lost forever.Under the promise of secrecy, Jonathan attempts to confirm his findings with several other biblical experts. But on the eve before his own murder, he confides to Father Aiden O’Brien, a family friend, that one of those whom he trusted most is determined to keep it from being returned to the Vatican.The next evening Jonathan Lyons is found shot to death in his New Jersey home. His daughter, twenty-seven year old Mariah, finds her father’s body sprawled over his desk in his study, a fatal bullet wound in the back of his neck, and her mother, Kathleen, an Alzheimer’s victim, hiding in the study closet, incoherent and clutching the murder weapon. The police suspect that Kathleen, who in her lucid moments knows that Jonathan was involved with a much younger woman Lily Stewart, has committed the murder. But Mariah believes that the key to her father’s death is tied to another question: Where is the missing parchment? Whom, among his close circle of friends, might he have consulted? And did one of them kill to keep possession of the letter?What Mariah doesn’t know is that there was an eyewitness to the murder, someone whose unwise attempt to blackmail the killer begins a new circle of death, with Mariah as the ultimate target of one person’s obsession with a priceless historical treasure. With all the elements that have made her a worldwide bestseller, Mary Higgins Clark’s The Lost Years is at once a breathless murder mystery and a hunt for what may be the most precious religious and archeological treasure of all time. Read Less

Goodreads reviews for The Lost Years