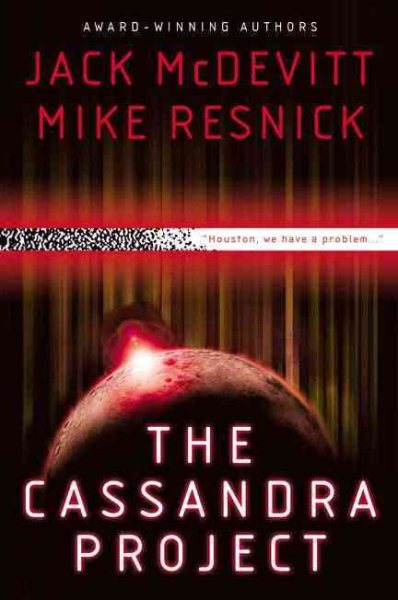 With interest in the space program waning, a public affairs director at NASA reveals a shocking secret about the Apollo 11 mission from fifty years ago. Read More
Two science fiction masters—Jack McDevitt and Mike Resnick—team up to deliver a classic thriller in which one man uncovers the secret history of the US space program…Early in his career, Jerry Culpepper could never have been accused of being idealistic. Doing public relations—even for politicians—was strictly business...until he was hired as NASA’s public affairs director and discovered a client he could believe in. Proud of the agency’s history and sure of its destiny, he was thrilled to be a part of its future—a bright era of far-reaching space exploration.But public disinterest and budget cuts changed that future. Now, a half century after the first moon landing, Jerry feels like the only one with stars—and unexplored planets and solar systems—in his eyes.Still, Jerry does his job, trying to drum up interest in the legacy of the agency. Then a fifty-year-old secret about the Apollo XI mission is revealed, and he finds himself embroiled in the biggest controversy of the twenty-first century, one that will test his ability—and his willingness—to spin the truth about a conspiracy of reality-altering proportions... Read Less

Goodreads reviews for The Cassandra Project

A Safari of the Mind

Kilimanjaro: A Fable of Utopia