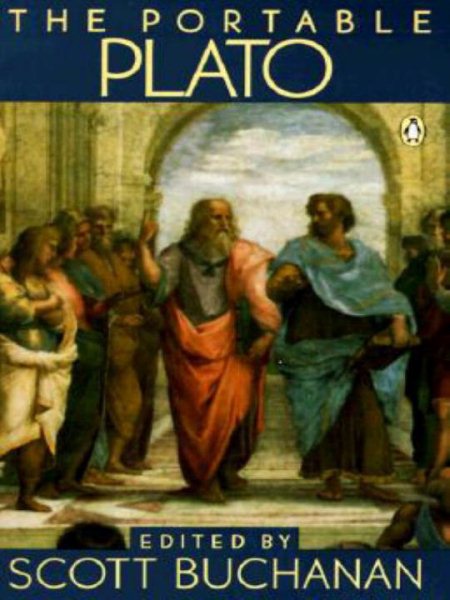 Contains Plato's famous philosophic dialogues with an introduction on their contemporary implications Read More
Writing in the fourth century B.C., in an Athens that had suffered a humiliating defeat in the Peloponnesian War, Plato formulated questions that have haunted the moral, religious, and political imagination of the West for more than 2,000 years: what is virtue? How should we love? What constitutes a good society? Is there a soul that outlasts the body and a truth that transcends appearance? What do we know and how do we know it? Plato's inquiries were all the more resonant because he couched them in the form of dramatic and often highly comic dialogues, whose principal personage was the ironic, teasing, and relentlessly searching philosopher Socrates.In this splendid collection, Scott Buchanan brings together the most important of Plato's dialogues, including Protagoras, The Symposium, with its barbed conjectures about the relation between love and madness, Phaedo and The Republic, his monumental work of political philosophy. Buchanan's learned and engaging introduction allows us to see Plato both as a commentator on his society and as a shaper of the societies that followed, who bequeathed to us a hunger for the ideal as well as a redeeming habit of humane skepticism. Read Less

Euthyphro, Apology; Crito and the Death Scene from Phaedo

Hellas and Rome; the story of Greco-Roman civilization