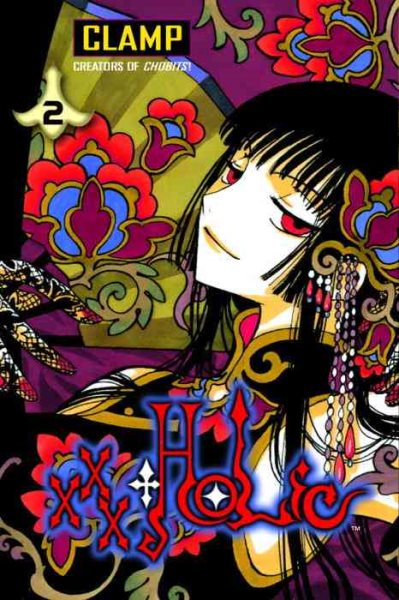 A new graphic novel series from the all-female team who created Chobits also crosses over with the new series, Tsubasa and features a young man who finds himself working in a very strange magic shop. Original. Read More
WATCH OUT FOR WITCHESKimihiro Watanuki thought he had signed up with a bunch of weirdoes, and he was right! He became the unfortunate indentured servant of a woman known as Yûko Ichihara, who was widely rumored to be the time-space witch. Now his voyage through the worlds of the occult are off and running, as he and Yûko go visiting fortune tellers and horoscope readers. But can the future really be told?Meanwhile, the romance is heating up between Kimihiro and cute Himawari-chan. Then fate throws Kimihiro’s old rival back into his life. Now Yûko invites all three to a temple to tell scary stories throughout the night. Is it just for fun or is there some deeper reason?See the other side of the Tsubasa story in xxxHOLiC volume two! Don’t miss it! Read Less