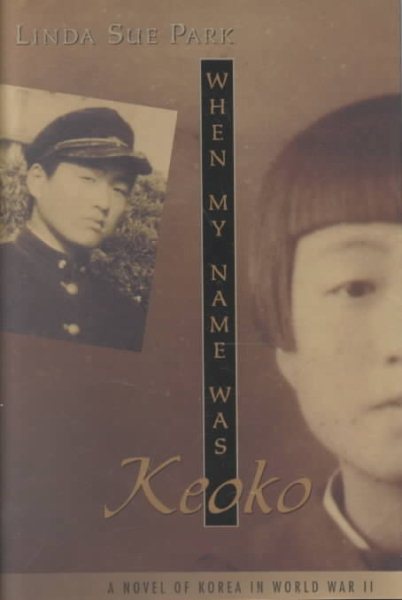 With national pride and occasional fear, a brother and sister face the increasingly oppressive occupation of Korea by Japan during World War II, which threatens to suppress Korean culture entirely. Read More
Sun-hee and her older brother, Tae-yul, live in Korea with their parents. Because Korea is under Japanese occupation, the children study Japanese and speak it at school. Their own language, their flag, the folktales Uncle tells them—even their names—are all part of the Korean culture that is now forbidden. When World War II comes to Korea, Sun-hee is surprised that the Japanese expect their Korean subjects to fight on their side. But the greatest shock of all comes when Tae-yul enlists in the Japanese army in an attempt to protect Uncle, who is suspected of aiding the Korean resistance. Sun-hee stays behind, entrusted with the life-and-death secrets of a family at war. Read Less

A Long Walk to Water: Based on a True Story

When My Name Was Keoko