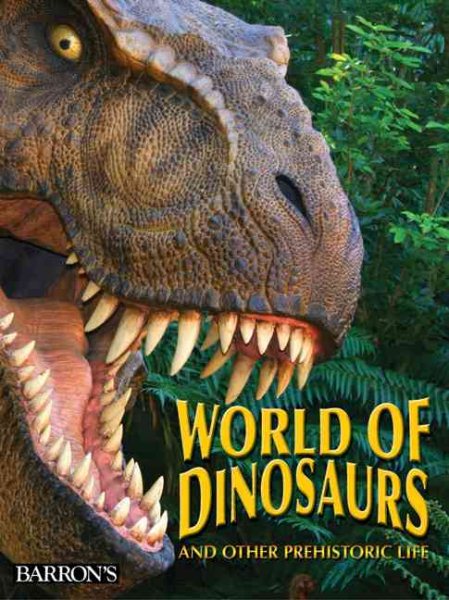 Presents some of the representative dinosaurs from each period of prehistory, from the Paleozoic era to the Ice Age, with a sidebar containing facts about each dinosaur such as where and when it lived, the food it ate, special features, and its main enemy. Read More
Packed with vivid, scientifically accurate color illustrations and a wealth of exciting information, this book describes many of the known creatures that roamed the world millions of years ago. It begins with accounts of the various trilobites, the Earth's earliest-known animal forms. Ancestors of today's crustaceans and insects, they became extinct roughly 245 million years ago. Chapters that follow describe: Triassic life--the age of early amphibians and reptiles Jurassic life--the age of the first dinosaurs Cretaceous life--an era dominated by great dinosaurs, including Tyrannosaurus Rex Ancient Mammals--including the wooly mammoth and the saber-toothed tiger The Ice Age--which saw the rise of the earliest apes Representative species from each prehistoric era are presented on two-page spreads that feature large illustrations of the living animal, photos of reconstructed fossil skeletons, and summary descriptions. This book is great fun for kids to read, and it also makes a valuable fact source for elementary school class projects that focus on prehistoric animal life. Read Less

Goodreads reviews for The World of Dinosaurs: And Other Prehistoric Life

Dinosaurs: the Fossil Hunters (Fun with a Purpose Books)