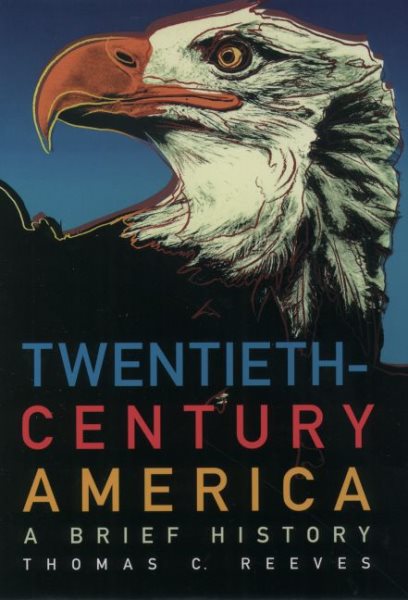 Covers the changes that have occurred in the United States during the twentieth century with an analysis of each presidency and discussions of major issues Read More
Twentieth-Century America offers a succinct, comprehensive, and objective examination of recent American history. From Progressivism and the New Deal up to the present, Reeves covers all aspects of American history without burying students in unnecessary detail and trivia. This allows students to grasp the major developments and continuities of American history and to come away with a cohesive picture of the twentieth century. From William McKinley and the Wright Brothers to Michael Jordan and Monica Lewinsky, Reeves lays bare the whole of the twentieth century with an interpretation that strives for an unbiased and accurate presentation of the real story of American history. The author conveys vivid accounts of the changes in the political arena, public policy, popular culture, industry, economy, race, gender, and class that defined the times, and explores the great strides made in technology, living standards, working conditions, and education. He stresses social as well as political and economic history, emphasizing the roles played by all Americans--including immigrants, minorities, women, and working people--and pays special attention to such topics as religion, crime, morality, public health, national prosperity, and the media. Reeves presents both sides of controversial subjects and is careful to point out which interpretations were most strongly supported. The recommended readings at the end of each chapter have been specifically selected to appeal to students and to acquaint them with the most readable and provocative books on each era. For a clear and fascinating look at the often exciting and always important history of the United States, Twentieth-Century America is an indispensable text for all students interested in a lucid historical overview of this country's past one hundred years. Read Less

A Question of Character : A Life of John F Kennedy

A Question of Character: A Life of John F. Kennedy