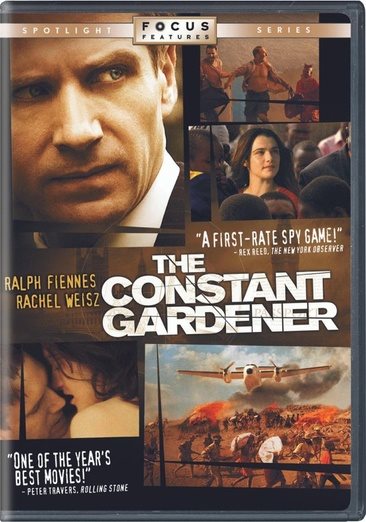 When the young and beautiful wife of a much older embassy worker and amateur gardener is found murdered near northern Kenya's Lake Turkana, his personal pursuit of the killers not only sets him up as their next target, but as a suspect among his embassy colleagues Read More
In a remote area of Northern Kenya, activist Tessa Quayle is found brutally murdered. Tessa's companion, a doctor, appears to have fled the scene, and all the evidence points to a crime of passion. Members of the British High Commission in Nairobi assumethat Tessa's widower, their mild-mannered and unambitious colleague Justin Quayle, will leave the matter to them. Haunted by remorse and jarred by rumors of his late wife's infidelities, Quayle surprises everyone by embarking on a personal odyssey that will take him across three continents. Using his privileged access to diplomatic secrets, Justin risks his own life and will stop at nothing to expose the truth - a conspiracy more far-reaching and deadly than Quayle could ever have imagined.olleaguesolleagues Read Less