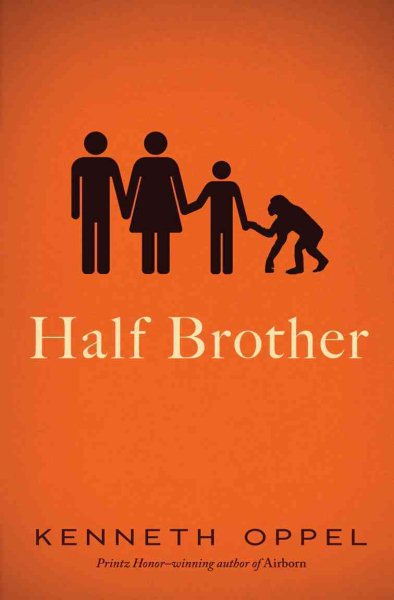 In 1973, as part of an experiment to determine whether chimpanzees can acquire advanced language skills, a renowned behavioral psychologist brings home a baby chimp named Zan and asks his son to treat Zan like a little brother. Read More
From a Printz-Honor-winning author, an absorbing novel about a teen boy whose scientist parents take in a chimpanzee.All happy families are alike. Ben Tomlin's unhappy family is unhappy in a very different way.For thirteen years, Ben Tomlin was an only child. But all that changes when his mother brings home Zan--an eight-day-old chimpanzee. Ben's father, a renowned behavioral scientist, has uprooted the family to pursue his latest research project: a high-profile experiment to determine whether chimps can acquire advanced language skills. Ben's parents tell him to treat Zan like a little brother. Ben reluctantly agrees. At least now he's not the only one his father's going to scrutinize. It isn't long before Ben is Zan's favorite, and Ben starts to see Zan as more than just an experiment. His father disagrees. Soon Ben is forced to make a critical choice between what he is told to believe and what he knows to be true--between obeying his father or protecting his brother from an unimaginable fate. Read Less

Goodreads reviews for Half Brother