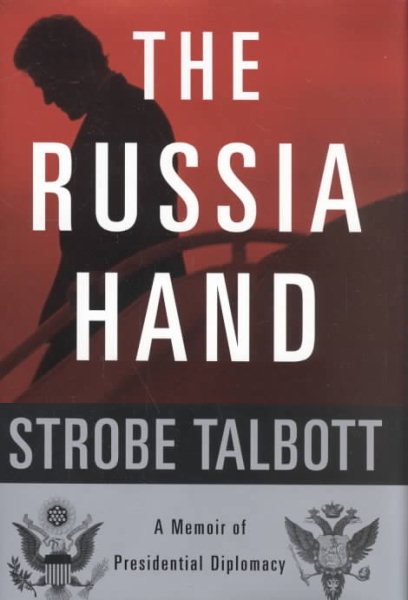 A memoir by a policy-maker for Bill Clinton details the former president's involvement with Boris Yeltsin and his role in keeping Russia stable as the onetime superpower confronted crisis after crisis in the post-Soviet era. Read More
During the past ten years, few issues have mattered more to America's vital interests or to the shape of the twenty-first century than Russia's fate. To cheer the fall of a bankrupt totalitarian regime is one thing; to build on its ruins a stable democratic state is quite another. The challenge of helping to steer post-Soviet Russia - with its thousands of nuclear weapons and seething ethnic tensions - between the Scylla of a communist restoration and the Charybdis of anarchy fell to the former governor of a poor, landlocked Southern state who had won national election by focusing on domestic issues. No one could have predicted that by the end of Bill Clinton's second term he would meet with his Kremlin counterparts more often than had all of his predecessors from Harry Truman to George Bush combined, or that his presidency and his legacy would be so determined by his need to be his own Russia hand.The book is dominated by two gifted, charismatic and flawed men, Bill Clinton and Boris Yeltsin, who quickly formed one of the most intense and consequential bonds in the annals of statecraft. It also sheds new light on Vladimir Putin, as well as the altered landscape after September 11, 2001. Read Less

Goodreads reviews for The Russia Hand: A Memoir of Presidential Diplomacy

At the Highest Levels: The Inside Story of the End of the Co...

Endgame: The Inside Story of Salt II

The Great Experiment: The Story of Ancient Empires, Modern S...