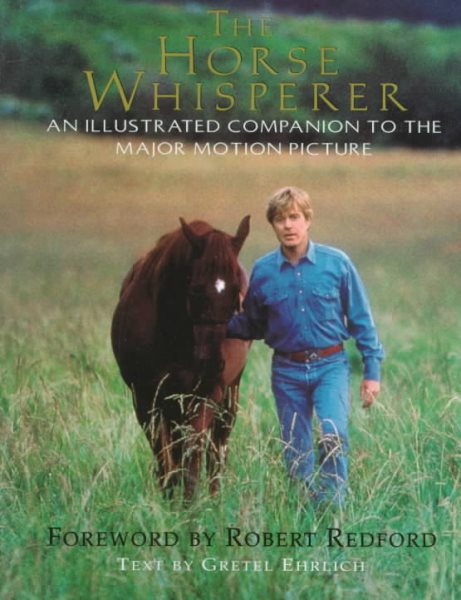 Describes the Western setting of the film and the origins of the horses, and recounts the making of the movie Read More
The grandeur of the American West. The breathtaking beauty of one of the earth's magnificent creatures. The emotional intensity of a man, woman, and child caught up in a spellbinding human drama. The Horse Whisperer has captured the hearts and imaginations of millions with its nearly magical blending of landscape, horses, and people. Now this photo-filled companion lets you experience the magic of the incredible movie-making event that is The Horse Whisperer.Inside you'll find exclusive information about Robert Redford's discovery of the novel and his determination to make it into a film...a breathtaking photographic history of the American West...the challenges of training the film's courageous horses...plus personal insight from the film's major stars, fascinating information on costume, production design, and over 100 lush photographs make this extraordinary book a keepsake volume to treasure-and a riveting behind-the-scenes look at the movie, the phenomenon, the legend. Read Less

Goodreads reviews for The Horse Whisperer: An Illustrated Companion to the Major Motion Picture

Life in the Saddle: Writings and Photographs.

The Solace of Open Spaces

Facing the Wave: A Journey in the Wake of the Tsunami