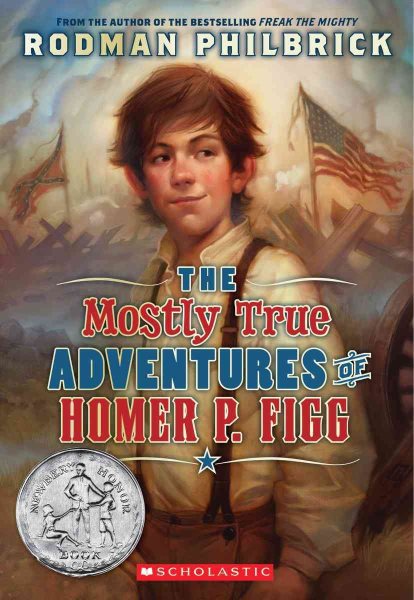 Twelve-year-old Homer, a poor but clever orphan, has extraordinary adventures after running away from his evil uncle to rescue his brother, who has been sold into service in the Civil War. Read More
The Mostly True Adventures of Homer P. Figg joins the Scholastic Gold line, which features award-winning and beloved novels. Includes exclusive bonus content!In this emotive Newbery Honor-winning page-turner, twelve-year-old orphan Homer runs away from Pine Swamp, Maine, to find his older brother, Harold, who has been sold into the Union Army. With laugh-aloud humor, Homer outwits and outruns a colorful assortment of civil War-era thieves, scallywags, and spies as he makes his way south, following clues that finally lead him to the Battle of Gettysburg and the dramatic story of the 20th Maine at Little Round Top. Even through a hail of gunfire, Homer never loses heart--but will he find his brother? Or will it be too late?With engaging wit and comical repartee reminiscent of Mark Twain, master storyteller Rodman Philbrick introduces us to the unforgettable character of Homer in this groundbreaking historical novel. Read Less

The Last Book In The Universe