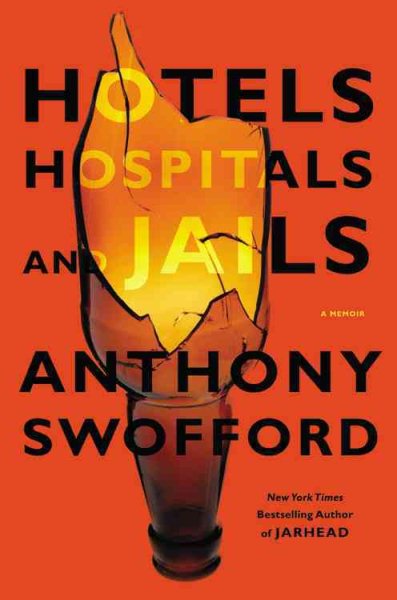 Describes how the author found redemption from a life of drugs, alcohol, fast cars, and women by taking a series of RV trips with his ailing, Vietnam veteran father and a chance encounter with his future wife. Read More
The publication of Jarhead launched a new career for Anthony Swofford, earning him accolades for its gritty and unexpected portraits of the soldiers who fought in the Gulf War. It spawned a Hollywood movie. It made Swofford famous and wealthy. It also nearly killed him. Now with the same unremitting intensity he brought to his first memoir, Swofford describes his search for identity, meaning, and a reconciliation with his dying father in the years after he returned from serving as a sniper in the Marines. Adjusting to life after war, he watched his older brother succumb to cancer and his first marriage disintegrate, leading him to pursue a lifestyle in Manhattan that brought him to the brink of collapse. Consumed by drugs, drinking, expensive cars, and women, Swofford lost almost everything and everyone that mattered to him. When a son is in trouble he hopes to turn to his greatest source of wisdom and support: his father. But Swofford and his father didn't exactly have that kind of relationship. The key, he realized, was to confront the man-a philandering, once hard-drinking, now terminally ill Vietnam vet he had struggled hard to understand and even harder to love. The two stubborn, strong-willed war vets embarked on a series of RV trips that quickly became a kind of reckoning in which Swofford took his father to task for a lifetime of infidelities and abuse. For many years Swofford had considered combat the decisive test of a man's greatness. With the understanding that came from these trips and the fateful encounter that took him to a like-minded woman named Christa, Swofford began to understand that becoming a father himself might be the ultimate measure of his life. Elegantly weaving his family's past with his own present-nights of excess and sexual conquest, visits with injured war veterans, and a near-fatal car crash-Swofford casts a courageous, insistent eye on both his father and himself in order to make sense of what his military service meant, and to decide, after nearly ending it, what his life can and should become as a man, a veteran, and a father. Read Less

Goodreads reviews for Hotels, Hospitals, and Jails: A Memoir

Jarhead : A Marine's Chronicle of the Gulf War and Other Bat...