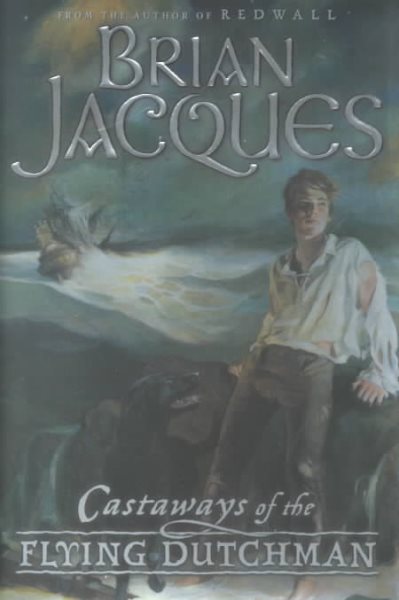 In 1620, a boy and his dog are rescued from the doomed ship, Flying Dutchman, by an angel who guides them in travelling the world, eternally helping those in great need. Read More
The Flying Dutchman! The legend of the wind-tattered ghost ship and its mad sea Captain, cursed to sail the seas forever, has been passed down throughout the centuries. But what of the young boy and his dog who were trapped aboard that ship? What became of them? In this, one of Brian Jacques's most original adventures, the castaway boy and dog set off on an eternal journey of their own, braving icy wind and waves to arrive at strange shores, and explore new places and times. The unlikely Chapelvale village is their first destination, a Victorian town under siege. If Ben and his dog, Ned, can help the townspeople figure out the clues and riddles hidden beneath floorboards and deep inside wells--perhaps they can save Chapelvale and its people as well. Brian Jacques as you have never seen him before! Read Less

Goodreads reviews for Castaways of the Flying Dutchman