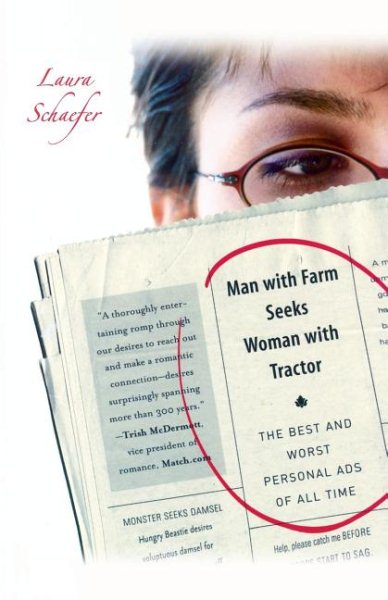 Culling the last three centuries of personal ads, the author presents an hilarious survey of attempts to snag a mate using public media that is often hilarious, pathetic, and poetic. Original. Read More
We've all been there, whether searching the personals for a romantic connection or posting an ad in hopes of luring in a new friend. A great source of entertainment, many people skim through the personals section for a quick laugh, never questioning its origin or its interesting history. Personal ads began popping up sporadically in the eighteenth century and became common by the end of the nineteenth. Whole publications devoted to romantic and marriage-minded classifieds flourished around the turn of the last century. In the last half of the twentieth century, personal ads exploded in myriad publications from coy gay ads of the 1950s to colorful ads in the alternative presses of the 1970s. Today, more and more people are paying for a chance at love. From the best and the worst, the hopeful and the hopeless, the bitter and the sweet, the romantic and the lustful?never before has a collection like this been assembled from so many decades past. By including hundreds of funny and surprising personal ads from historical newspapers as well as modern Web sites, Man with Farm will entertain and inform. Read Less

Goodreads reviews for Man with Farm Seeks Woman with Tractor: The Best and Worst Personal Ads of All Time

Versed Edition: A Potpourri of Poems and Parodies