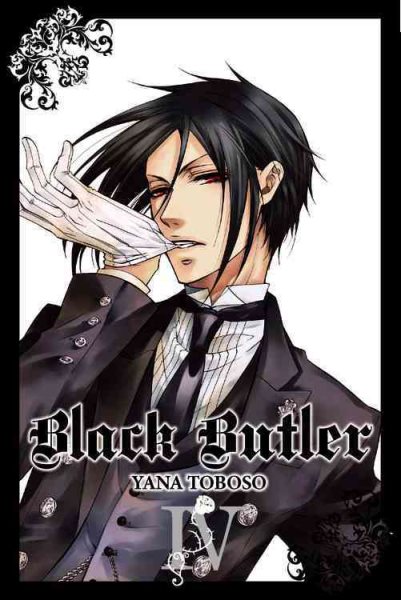 Sebastian Michaelis, the butler to Ciel Phantomhive, the twelve-year-old earl, is the perfect servant, adept at every task from preparing meals to dispatching gangsters, so good at everything he does that he cannot possibly be human. Read More
"Just a stone's throw from London lies the manor house of the illustrious Phantomhive earldom and its master, one Ciel Phantomhive. Earl Phantomhive is a giant in the world of commerce, Queen Victoria's faithful servant ... and a slip of a twelve-year-old boy. Fortunately, his loyal butler, Sebastian, is ever at his side, ready to carry out the young master's wishes. And whether Sebastian is called to save a dinner party gone awry or probe the dark secrets of London's underbelly, there apparently is nothing Sebastian cannot do. In fact, one might even say Sebastian is too good to be true .. or at least, too good to be human ..."--p. [4] of cover. Read Less