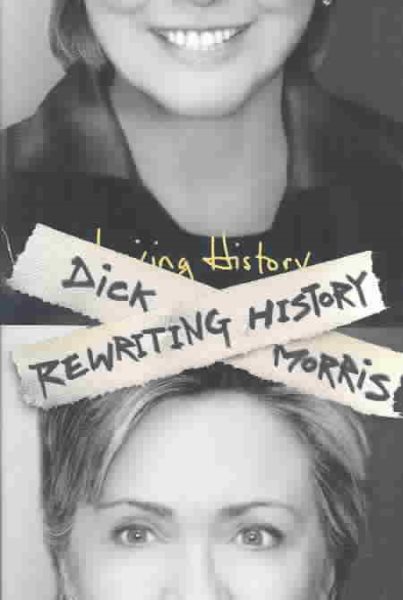 The former Clinton advisor draws on his long relationship with the Clintons to reveal the true personality of Hillary Clinton hidden behind the distortions of her autobiography, "Living History." Read More
Now, for the first time, Fox News political analyst and former Clinton adviser Dick Morris turns his sharp-eyed gaze on Hillary, the longtime First Lady, current New York senator, and bestselling author. For, as he argues, no politician in America today is better aligned to become president in 2008—and none would bring more baggage to the White House—than Mrs. Clinton. In Rewriting History, Morris draws on his own long working relationship with the Clintons, as well as his trademark deep research and candid, nonpartisan analysis, to create a rebuttal to Hillary's bestselling autobiography, Living History. Morris documents how Hillary hides her true self behind a "Hillary" brand that is chatty, charming, giggly, and warm—but is far from her true personality.In Rewriting History, Morris pierces the mask to get at the truth behind the distortions and omissions of Hillary's memoir. Here we meet the real Hillary, both good and bad: the manager who makes the trains run on time, but also the paranoid who sees all those who disagree with her as personal enemies; the idealist, but also the "advice addict" easily misled by the guru of the moment. Morris describes Hillary's sense of entitlement, and warns that it may lead deep into financial scandal. And he demonstrates how Hillary dodges criticism by pretending that every attack is directed not just at her, but at every working woman in America. Ultimately, Morris argues, the Hillary Clinton of today is marketing a false front, obscuring both her wants and her assets behind the phony facade of a domestic Everywoman. But as she pursues higher office, she also faces a choice. Will she, like Bobby Kennedy, see the error of her ruthless ways, and embrace the sincere idealism she professes? Or, like Richard Nixon, will she allow the darker angels of her nature to overcome her, jeopardizing herself and the country in the process?As Rewriting History suggests, we can only hope that Hillary Clinton's past performance is no guarantee of future results. Read Less