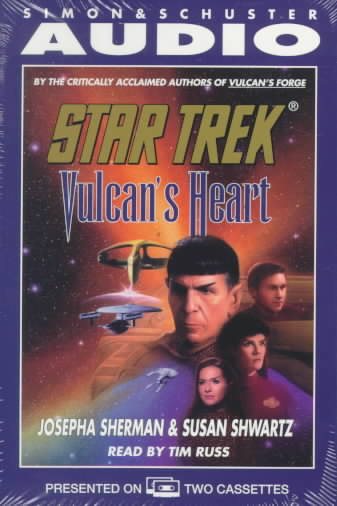 Ambassador Spock secretly journeys to the planet Romulus at the request of a Romulan commander to help her prevent a catastrophe that could ignite the entire quadrant, and becomes enmeshed in the treacherous intrigues of the Romulan empire, while Commander Saavik and Captain Jean-Luc Picard set out to rescue him Read More
2329: Now a diplomat for the United Federation of Planets, Spock agrees to a bonding with Commander Saavik. More than a betrothal, less than a wedding, the sacred Vulcan rite is attended by both Spock's father, Sarek, and a nervous young Starfleet lieutenant named Jean-Luc Picard. 2344: Ambassador Spock receives a top-secret communication from the heart of the Romulan Empire. Decades before, Spock had met and betrayed an honorable Romulan commander during the so-called "Enterprise incident." Now she needs his help to prevent a catastrophe that could threaten the peace of the entire quadrant. Spock risks everything by traveling incognito to Romulus itself, but his covert mission becomes even more perilous when Saavik crosses the Neutral Zone to rescue him. Enmeshed in the treacherous political intrigues of the Romulan capital, undone by a fire that grows ever hotter within his blood, Spock must use all his logic and experience to survive a crisis that will ultimately determine the fate of empires. Vulcan's Heart is a powerful tale that explores an untold turning point in the ongoing saga of Spock and the world of Vulcan. Read Less