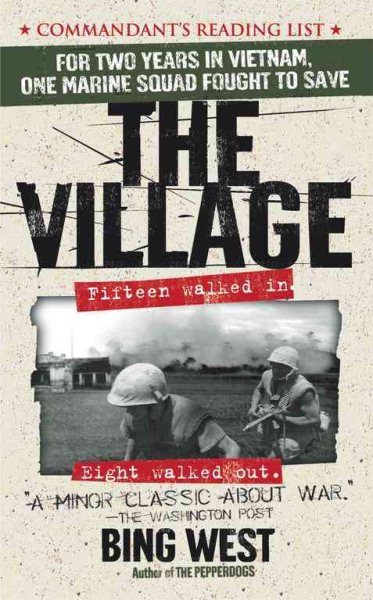 Tells the story of fifteen American Marines who volunteered to train farmers to defend their village and who fought for 495 days against two hundred Viet Cong. Read More
The true story of seventeen months in the life of a Vietnamese village where a handful of American Marines and Vietnamese militia lived and died together attempting to defend it.In Black Hawk Down, the fight went on for a day. In We Were Soldiers Once & Young, the fighting lasted three days. In The Village, one Marine squad fought for 495 days—half of them died. Few American battles have been so extended, savage and personal. A handful of Americans volunteered to live among six thousand Vietnamese, training farmers to defend their village. Such “Combined Action Platoons” (CAPs) are now a lost footnote about how the war could have been fought; only the villagers remain to bear witness. This is the story of fifteen resolute young Americans matched against two hundred Viet Cong; how a CAP lived, fought and died. And why the villagers remember them to this day. Read Less

Goodreads reviews for The Village