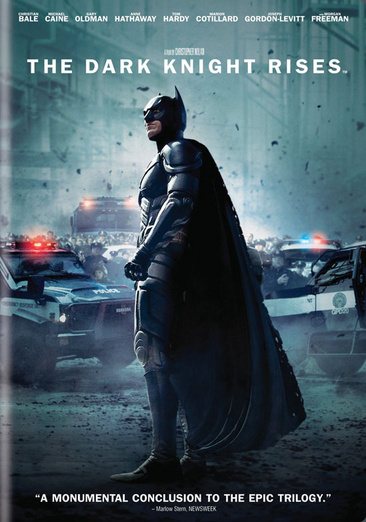 After eight years of relative peace in Gotham City, Batman re-emerges to fend off a deadly new terrorist threat spearheaded by the powerful villain, Bane. Read More
"Eight years after the events of The Dark Knight, the terrorist leader Bane arrives in Gotham City, pushing it and its police force to their limits, forcing its former hero Batman to resurface after taking the fall for Harvey Dent’s crimes." Read Less