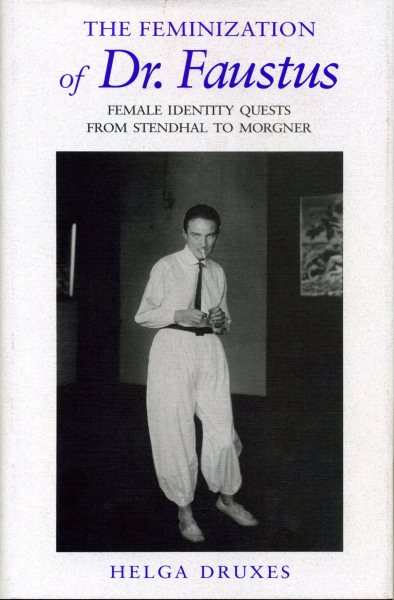 Examines the decline of the male hero in novels of the 19th and 20 centuries through the lens of a particular case, the Faust legend, in order to illuminate the corresponding rise of female Faustian heroes or would-be heroes. Excerpts from foreign novels include English translations. Annotation copyright Book News, Inc. Portland, Or. Read More
While the decline of the male hero in nineteenth- and twentieth-century literature is usually studied in isolation, Druxes uses a major manifestation of this phenomenon—the failing power of the Faust myth—as an interpretive lens through which to illuminate the corresponding rise in the viability of female Faustian heroes or would-be heroes. Her study of the female Faust figure in the realist novels of Stendhal, Gauthier, Keller, James, and the contemporary writer Morgner is further unusual in that she carries out her analyses both against the background of the sociohistorical factors conditioning these female figures and with reference to the mutual interaction of plot and novel form.Since nineteenth-century writers make female subjectivity the arena in which the conflicts of male subjecthood are debated, their attempts to create female versions of the heroic quest for self-knowledge speak not only to the crisis of the male model but also to the crisis of the realistic novel. Using psychoanalytic theory and French feminist and deconstructionist theory, Helga Druxes shows how the female Faustian quest for worldly knowledge and subjecthood develops a new concept of identity that takes its social constructedness into account, and she demonstrates some of the transgressive narrative strategies that male and female writers have employed, embodying their dissent not only in the creation of a female Faust but in their visions of an authentic female desire for selfhood and socially regenerative female bonding. Read Less

Goodreads reviews for The Feminization of Dr. Faustus: Female Identity Quests from Stendhal to Morgner

By International Committee for Social Science Information and Documentation (COR)