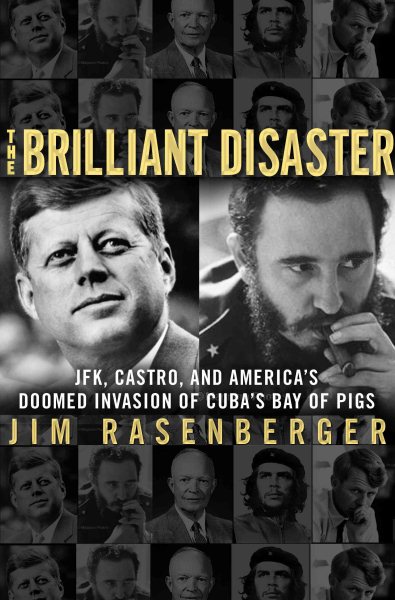 A recounting of the Bay of Pigs Crisis drawing upon the author's father's connection to the events as they played out. Read More
A REMARKABLY GRIPPING ACCOUNT OF AMERICA’S BAY OF PIGS CRISIS, DRAWING ON LONG-HIDDEN CIA DOCUMENTS AND DELIVERING, AS NEVER BEFORE, THE VIVID TRUTH—AND CONSEQUENCES—OF FIVE PIVOTAL DAYS IN APRIL 1961 The U.S.-backed military invasion of Cuba in 1961 remains one of the most ill-fated blunders in American history, with echoes of the event reverberating even today. Despite the Kennedy administration’s initial public insistence that the United States had nothing to do with the invasion, it soon became clear that the complex operation had been planned and approved by the best and brightest minds at the highest reaches of Washington, including the Joint Chiefs of Staff and President John F. Kennedy himself. The Cuban-born invaders were trained by CIA officers, supplied with American matériel, and shadowed by the U.S. Navy. Landing by sea with fighter-plane support, they hoped to establish a military beachhead and spark a counterrevolution against Fidel Castro’s regime. The gambit was a stupendous failure, resulting in the death or imprisonment of more than a thousand men. In its wake, the United States appeared inept, reckless, and corrupt. Now, journalist Jim Rasenberger takes a closer look at this darkly fascinating incident in American history. At the heart of the crisis stood President Kennedy, and Rasenberger traces what Kennedy knew, thought, and said as events unfolded. He examines whether Kennedy was manipulated by the CIA into approving a plan that would ultimately involve the American military. He also draws compelling portraits of the other figures who played key roles in the drama: Castro, who shortly after achieving power visited New York City and was cheered by thousands (just months before the United States began plotting his demise); Dwight Eisenhower, who originally ordered the secret program, then later disavowed it; Allen Dulles, the CIA director who may have told Kennedy about the plan before he was elected president (or so Richard Nixon suspected); and Richard Bissell, the famously brilliant “deus ex machina” who ran the operation for the CIA—and took the blame when it failed. Beyond the short-term fallout, Rasenberger demonstrates, the Bay of Pigs gave rise to further and greater woes, including the Cuban Missile Crisis, the Vietnam War, and even, possibly, the assassination of John Kennedy. Written with elegant clarity and narrative verve, The Brilliant Disaster is the most complete account of this event to date, providing not only a fast-paced chronicle of the disaster but an analysis of how it occurred—a question as relevant today as then—and how it profoundly altered the course of modern American history. Read Less