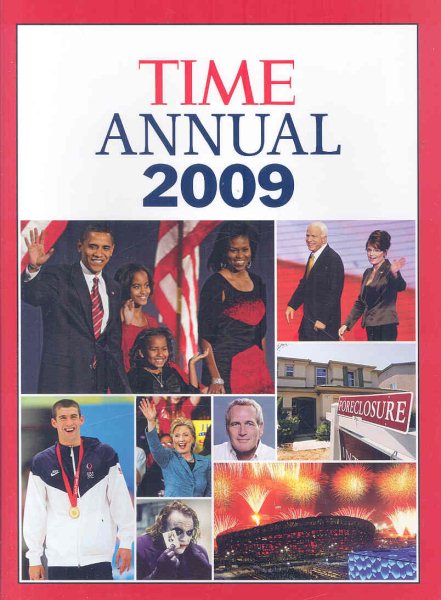 Surveys the principal events of 2008 in the United States and other countries, as well as developments in business, society, sports, and the arts, as seen in the pages of Time magazine. Read More
The year 2008 was jolted by a rush of historic events. In the U.S., voters were absorbed by one of the most exciting presidential campaigns in recent history, as Arizona Senator John McCain weathered an apparent 2007 flame-out to capture the gop nomination for President, then startled the nation by naming the littleknown governor of Alaska, Sarah Palin, as his running mate. A long, tense struggle between two Democrats, first-term Illinois Senator Barack Obama and New York Senator Hillary Clinton, ended in victory for Obama, who went on to make history on Nov. 4 when he beat McCain to become the first African American to win the presidency. The election was staged against a backdrop of ongoing crisis, as the U.S. and other nations were rocked by economic turmoil. Subprime mortgage woes spawned a flurry of foreclosure notices, and the resulting credit crunch caused banks to collapse and markets to crash until the U.S. government intervened with a massive, controversial rescue package designed to steady the economy. But not all skies were cloudy in 2008: the Beijing Olympic Games offered a fascinating spectacle of China as a booming new world power and provided two electrifying superstars in U.S. swimmer Michael Phelps and Jamaican sprinter Usain Bolt. These indelible stories and many more - including the deaths of Hollywood icon Paul Newman, rising star Heath Ledger and respected broadcaster Tim Russert-are featurein this beautifully illustrated volume, which captures the year 2008 in all its joy, sorrow and exhilaration. Read Less

Great Events of the 20th Century