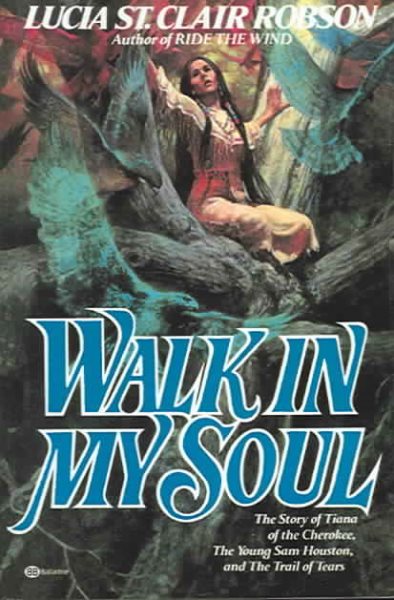 Chronicles the real-life, enduring romance between Tiana, a beautiful, part-Cherokee woman, and Sam Houston, first president of the Republic of Texas after the state gained its independence from Mexico Read More
Tiana was a Cherokee woman. She grew up learning the magic, spells, and nature religion of her people. Before Sam Houston became the father of Texas, he was a young man who had run away from his home in Tennessee to live among the Cherokee. He came to love Tiana. As the Cherokee would say, she walked in his soul. But Sam was a white man, and Tiana, a Cherokee. And the dreams each had for their land and their people were far apart....From the Paperback edition. Read Less

Goodreads reviews for Walk in My Soul