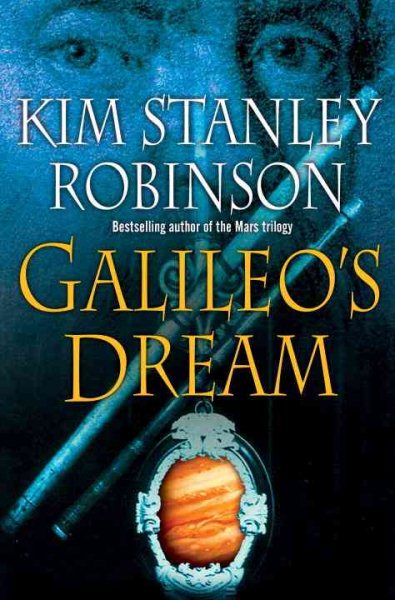 In a tale that stretches from Renaissance Italy to the future colonization of the moons of Jupiter, a renegade colonist named Ganymede brings Galileo into the future to alter the history of the human race. Read More
The winner of every major science fiction award, Kim Stanley Robinson is a novelist who looks ahead with optimism even while acknowledging the steep challenges facing our planet and species: a clear-eyed realist who has not forgotten how to dream. His new novel offers his most audacious dream yet. At the heart of a brilliant narrative that stretches from Renaissance Italy to the moons of Jupiter is one man, the father of modern science: Galileo Galilei.To the inhabitants of the Jovian moons, Galileo is a revered figure whose actions will influence the subsequent history of the human race. From the summit of their distant future, a charismatic renegade named Ganymede travels to the past to bring Galileo forward in an attempt to alter history and ensure the ascendancy of science over religion. And if that means Galileo must be burned at the stake, so be it.Yet between his brief and jarring visitations to this future, Galileo must struggle against the ignorance and superstition of his own time. And it is here that Robinson is at his most brilliant, showing Galileo in all his contradictions and complexity. Robinson's Galileo is a tour de force of imaginative and historical empathy: the shining center around which the novel revolves.   From Galileo's heresy trial to the politics of far-future Jupiter, from the canals of Venice to frozen, mysterious Europa, Robinson illuminates the parallels between a distant past and an even more remote future—in the process celebrating the human spirit and calling into question the convenient truths of our own moment in time.   Read Less