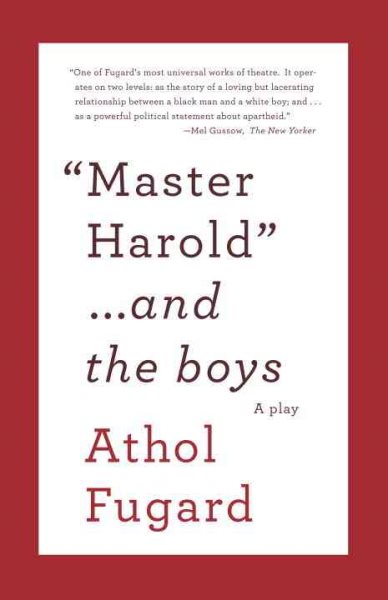 An argument between Master Harold, a seventeen-year-old South African, and Sam, the black man employed at Harold's mother's restaurant, makes them reevaluate their friendship. Read More
A compelling drama of South African apartheid and a universal coming-of-age story, from "the greatest active playwright in the English-speaking world" (Time).Originally produced in 1982, "Master Harold and the Boys" is now an acknowledged classic of the stage, whose themes of injustice, racism, friendship, and reconciliation traverse borders and time. Read Less

Goodreads reviews for MASTER HAROLD AND THE BOYS: A Play (Vintage International)