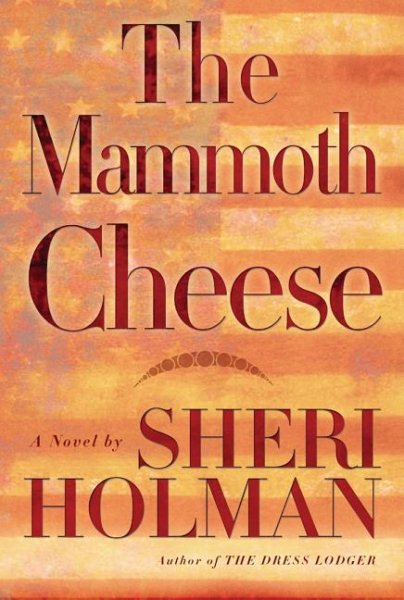 Celebrating the recent birth of eleven babies born to a local couple after fertility treatments, the citizens of Three Chimneys, Virginia, set out to recreate the making of an original Thomas Jefferson-era, 1,235-pound cheese. Read More
The world has come to Three Chimneys, Virginia. This tiny, rural town is home to Manda and Jake Frank, who overnight have become international celebrities as the parents of eleven tiny infants, born through fertility treatments. Their pastor and spokesperson, the Reverend Leland Vaughn, tries to shield them from the media frenzy, but even his head is turned when presidential hopeful Adams Brooke pays the family a visit.But there is one woman in town for whom Brooke's visit means so much more. Artisanal cheesemaker Margaret Prickett is struggling to save her centuries-old family farm. Suffering through a messy divorce and trying to raise her rebellious thirteen-year-old daughter, Polly, Margaret pins her farm's salvation on the sweeping amnesty Brooke promises America's independent farmers. With the help of her farmhand (and Thomas Jefferson impersonator) August Vaughn, Margaret works single-mindedly to get Brooke elected. In his honor, the two decide to re-create the Mammoth Cheese, a 1,235 pound wheel of Cheshire made by Thomas Jefferson's supporters and transported to Washington in 1801. As winter progresses, and the town's excitement over the "Frank Eleven" begins to wither, Three Chimneys turns its attention to Margaret's hopeful gift. But as the cheese makes its way to the nation's capital, and Polly slips deeper into a dangerous relationship with her radical history teacher, Margaret soon finds that trying to preserve what she has may very well cost her all she holds dear. Read Less

Goodreads reviews for The Mammoth Cheese: A Novel