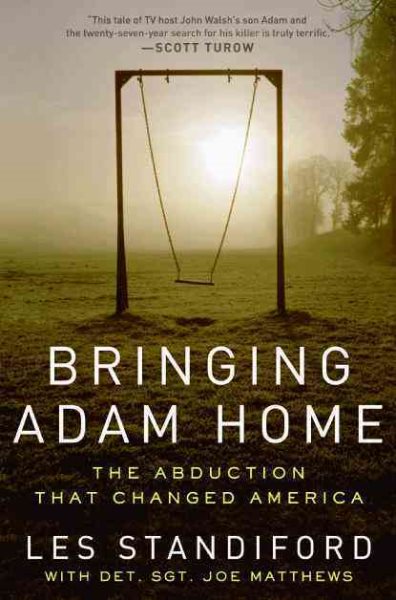 Relates the full, twenty-seven-year story behind the abduction and murder of Adam Walsh, the six-year-old son of "America's Most Wanted" host John Walsh, as well as the decades-long search for the boy's elusive killer. Read More
Before Adam Walsh there were no faces on milk cartons, no Amber Alerts, no National Center for Missing and Exploited Children, no federal databases of crimes against children, no pedophile registry. His 1981 abduction and murderùunsolved for over a quarter of a centuryùforever changed America.One sunny July morning in 1981, RevT Walsh and her six-year-old son Adam stopped by the local Sears to pick up some new lamps. Enchanted by a video game at the store's entrance, Adam begged RevT to let him try it out while she shopped. When she returned a few minutes later, Adam was gone.The shock of Adam's murder, and of the inability of the police and the FBI to find his killer, radically altered American innocence and our ideas about childhood. Gone forever were the days when parents would allow their kids out of the house with the casual instruction "Be home by dark!"RevT and John Walshùwho would go on to create America's Most Wantedùbecame advocates for the transformation of law enforcement's response to and handling of such cases. Prompted by the Walshes' activism, Congress passed the Missing Children Act in 1982, and the National Center for Missing and Exploited Children was founded in 1984.While our lives have been significantly altered by Adam Walsh's case, few of us know the whole storyùhow, after more than twenty-seven years of relentless investigation, decorated Miami Beach homicide detective Joe Matthews finally identified Adam's killer.Bringing Adam Home is the definitive account of this horrifying crimeùwhich, like the Lindbergh kidnapping fifty years earlier, captured public attentionùand its aftermath, a true story of tragedy, love, faith, and dedication. It reveals the pain and tenacity of a family determined to find justice, the failed police work that allowed a killer to remain uncharged, and the determined efforts of one cop who accomplished what an entire legal system could not. As harrowing as In Cold Blood, yet ultimately uplifting, Bringing Adam Home is the riveting story of a triumph of justice and the enduring power of love. Read Less

Last Train to Paradise: Henry Flagler and the Spectacular Ri...

Meet You in Hell: Andrew Carnegie, Henry Clay Frick, and the...

Meet You in Hell: Andrew Carnegie, Henry Clay Frick, and the...