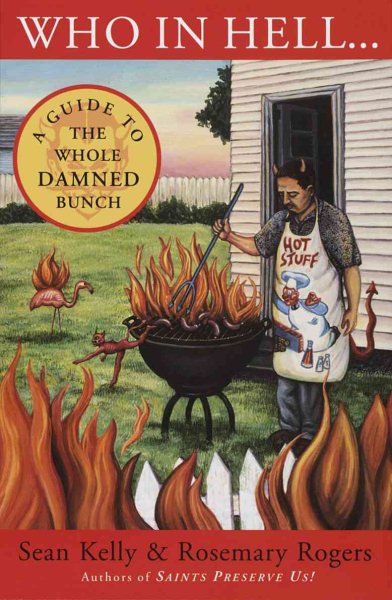 Provides a study of the earthly lives and sins of Hell's most colorful inhabitants, including such notables as Warren G. Harding, Attila the Hun, Mark Twain, and Louis B. Mayer, as well as its servants and demons Read More
God, in His mercy, has ordained an afterlife of eternal fiery agony for many of his creatures, just to scare you back onto the straight and narrow path. But it has been five centuries since Dante conducted a census of the Inferno and published his edifyingly vivid descriptions of the torments of the damned.Obviously, since 1500 the whole world has been going to Hell. By now, Pandemonium's population must surely have exploded - but what new sinners are "in"? Who's hot? And who's not?Just in time for the millennium, this encyclopedic directory of the denizens of the Bottomless Pit dares to name them all: the fiends and frauds, demons and usurers, devils and fornicators, traitors, tyrants, serial killers, and habitual self-abusers...a fascinating, unholy horde who fully justify Mark Twain's observation "Each place has its advantages - Heaven for the climate, and Hell for society." Read Less

Goodreads reviews for Who in Hell...: A Guide to the Whole Damned Bunch

Saints Preserve Us!: Everything You Need to Know About Every...

The Book of Sequels