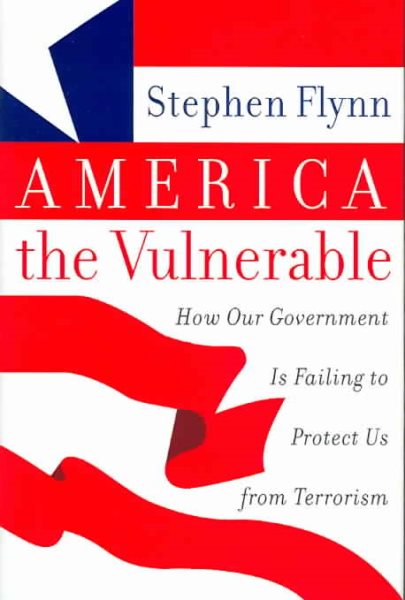 An analysis of America's readiness to provide security against the threat of terrorist attacks argues that the country is seriously vulnerable to terrorism and outlines an effective and manageable approach for achieving security. Read More
America is living on borrowed time -- and squandering it.Three years after September 11, we are still dangerously unprepared to prevent or respond to anotherattack on American soil. Faced with this threat, the United States should be operating on a wartime footingat home. But despite the many new security precautionsthat have been proposed, our most serious vulnerabilities remain ominously exposed.In this powerful and urgently needed call to action, Stephen Flynn offers a startling portrait of the radical shortcomings in America's current plan for homeland security. He describes a frightening scenario of what the next major terrorist attack might look like, revealing the tragic loss of life and economic havoc it would leave in its wake, as well as the seismic political consequences it would have in Washington.Despite increased awareness, we still offer our enemies a vast menu of soft targets: water and food supplies; chemical plants; energy grids and pipelines; bridges, tunnels, and ports; and the millions of cargo containers that carry most of the goods we depend upon in our everyday lives. The measures we have cobbled together to protect these vital systems are hardly fit to deter amateur thieves, vandals, and smugglers, letalone determined terrorists. Worse still, small improvements are often oversold as giant steps forward, lowering the guard of the average citizen and building an unwarranted sense of confidence.It does not have to be this way. Flynn carefully outlines a bold yet practical plan for achieving security in a way that is safe and smart, effective and manageable. In a new world of heightened risk and fear, America the Vulnerable delivers a timely, forceful message that cannot be ignored. Read Less

Goodreads reviews for America the Vulnerable: How Our Government Is Failing to Protect Us from Terrorism

The Edge of Disaster: Rebuilding a Resilient Nation

America the Vulnerable: How Our Government Is Failing to Pro...