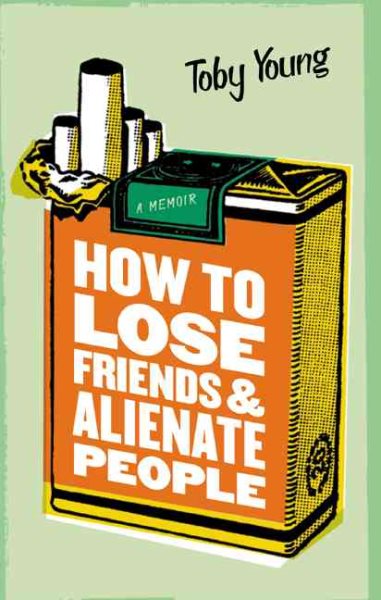 You'll Never Eat Lunch in This Town Again meets The Bonfire of the Vanities, as told by…a male Bridget Jones? And it all really happened. Read More
In 1995 high-flying British journalist Toby Young left London for New York to become a contributing editor at Vanity Fair. Other Brits had taken Manhattan-Alistair Cooke then, Anna Wintour now-so why couldn't he? But things didn't quite go according to plan. Within the space of two years he was fired from Vanity Fair, banned from the most fashionable bar in the city, and couldn't get a date for love or money. Even the local AA group wanted nothing to do with him. How to Lose Friends and Alienate People is Toby Young's hilarious account of the five years he spent looking for love in all the wrong places and steadily working his way down the New York food chain, from glossy magazine editor to crash-test dummy for interactive sex toys. But it's more than "the longest self-deprecating joke since the complete works of Woody Allen" (Sunday Times); it's also a seditious attack on the culture of celebrity from inside the belly of the beast. And there's even a happy ending, as Toby Young marries-"for proper, noncynical reasons," as he puts it-the woman of his dreams. "Some people are lucky enough to stumble across the right path straight away; most of us only discover what the right one is by going down the wrong one first."BEFORE PUBLICATION: "I'll rot in hell before I give that little bastard a quote for his book."-Julie Burchill AFTER PUBLICATION: "A relentlessly brilliant book-a What Makes Sammy Run for the twenty-first century…the funniest, cleverest, most touching new book I've read for as long as I can remember."-Julie Burchill, The Spectator Read Less

Goodreads reviews for How to Lose Friends & Alienate People

How to Lose Friends and Alienate People [movie tie-in]: A Me...

How To Lose Friends And Alienate People: A Memoir

How to Lose Friends and Alienate People