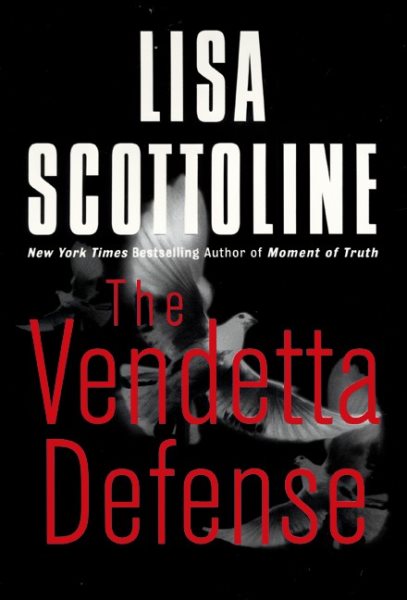 While defending an old Italian pigeon keeper accused of a vengeance killing based on a fifty-year-old feud, Philadelphia lawyer and legal scholar Judy Carrier falls for the client's handsome grandson. 250,000 first printing. Read More
In The Vendetta Defense, New York Times bestselling author Lisa Scottoline delivers a wonderfully rich, vivid story of past sins, love, and justice.Lawyer Judy Carrier takes the case of her career when an elderly pigeon racer named Anthony Lucia is arrested for the murder of his lifelong enemy, Angelo Coluzzi. "Pigeon Tony," as he's known to all his South Philly neighbors, confesses he killed Coluzzi because of a vendetta begun more than fifty years ago, a blood feud that has brought great tragedy to Pigeon Tony's life.Her client's guilt, however, is only the beginning of Judy's problems. The Coluzzi family wants revenge, and they are determined to finish off Pigeon Tony and Judy before the case can go to trial. And if that isn't enough, Judy's got to contend with Tony's magnetic grandson, Frank, a man who makes her think about everything but the law, and her boss, the no-nonsense Bennie Rosato.In a case steeped in blood and memory, it will take a stroke of brilliance to save Pigeon Tony. But if anyone just might see justice done, it's this gutsy young attorney who'll risk everything to win ... including her life. Read Less

Goodreads reviews for The Vendetta Defense