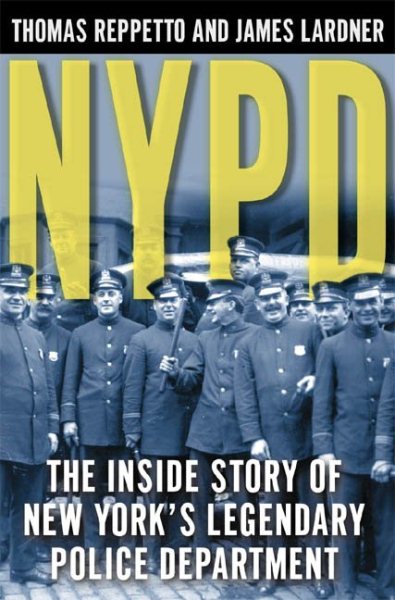 Traces the history of the world's largest municipal police force from its founding in 1845 to the present day, revealing an organization fraught with hidden conflicts between politicians, bureaucrats, and the cops on the beat. Read More
An insider takes us behind the blue wall of America's biggest, baddest police forceFounded in 1845, the NYPD is the biggest municipal police force in the world, the oldest in the land, and the model on which the others-for better or worse-have patterned themselves. The authors-two seasoned experts of police operations-unearth the hidden truths behind the headline-making stories and explain how cops privately interpret incidents such as the shooting of Amadou Diallo and the Louima torture case. Episodes long forgotten-the campaign against German saboteurs in WWI, or the career of Joe Petrosino, the first Italian American in the ranks, who was gunned down in the streets of Palermo, Sicily-reveal an organization constantly fraught with turmoil, where an outward display of law and order belies the inner conflicts between politicos, bureaucrats, and the men and women on the beat.Beyond the inner life of a remarkable institution are the characters and stories, including baffling mysteries, horrific crimes, inspiring heroics, and dreadful scandals. NYPD illuminates the old maxim of the vet to the rookie on his first night on patrol: "Forget everything you learned in the academy, kid."Timely and sure to be controversial, NYPD will be essential reading for anyone interested in law enforcement in America. Read Less

Goodreads reviews for NYPD: A City and Its Police

Up to Our Eyeballs: The Hidden Truths and Consequences of De...

Healing Words: The Power of Prayer and the Practice of Medic...