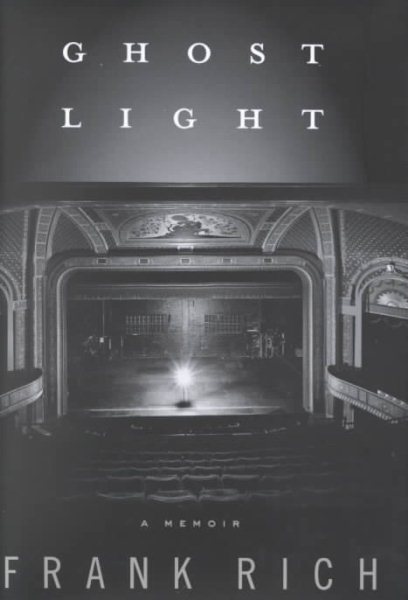 The "New York Times" drama critic describes growing up in Washington, D.C., during the 1950s and 1960s and explains how he found refuge from the turmoil of childhood and his own parents' divorce in the great Broadway musicals. Read More
There is a superstition that if an emptied theater is ever left completely dark, a ghost will take up residence. To prevent this, a single "ghost light" is left burning at center stage after the audience and all of the actors and musicians have gone home. Frank Rich's eloquent and moving boyhood memoir reveals how theater itself became a ghost light and a beacon of security for a child finding his way in a tumultuous world. Read Less