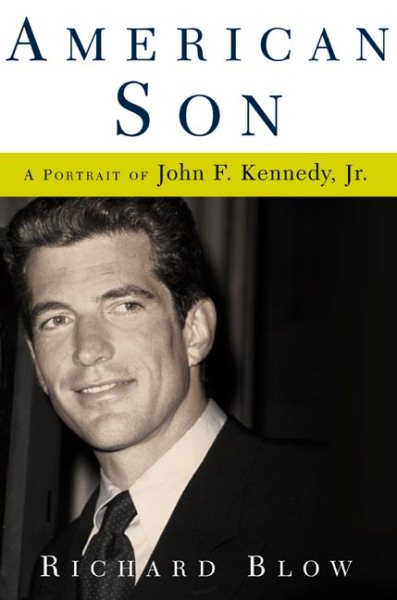 An editor at "George" magazine explores Kennedy's last, defining years, revealing how he dealt with the challenges of running a successful business, managed the pressures of a high public profile, and adjusted to marriage. Read More
The last, defining years of the life of John F. Kennedy, Jr., as seen by an editor who worked for him at George magazine.At thirty-four, better known for his social life than his work as an assistant district attorney, John F. Kennedy, Jr., was still a man in search of his destiny. All that changed in 1995, when Kennedy launched a bold new magazine about American politics, puckishly called George. Over the next four years, Kennedy's passionate commitment to the magazine -- and to the ideals it stood for -- transformed him.One witness to this transformation was Richard Blow, an editor and writer who joined George several months before the release of its first issue. During their four years together, Blow observed his boss rise to enormous challenges -- starting a risky new business, managing the pressures that attend a high public profile, and beginning life as a married man. With Blow as our surrogate, we see the many sides of Kennedy's personality: the rebel who fearlessly takes on politicians and pundits; the gentleman who sends gracious thank-you notes to his colleagues for their wedding gifts; the vulnerable son occasionally at odds with a mythic family legacy; the leader who stays true to his vision, no matter how difficult the circumstances.Simply and sympathetically, Blow offers an affecting portrait of a complicated man at last coming into his own -- sometimes gracefully, sometimes under siege, but never without the burden of great expectations. Read Less

A Passage to India